A city of nearly 5 million people, Johannesburg is the economic hub of South Africa, attracting migrants from all over Africa. It is home to approximately 677 500 people living with HIV, and it has an adult HIV prevalence of 16.4%1,2.

HIV prevalence varies across the seven geographical regions of the city according to different levels of socioeconomic challenges, such as proliferating informal settlements, rates of inequality, poor service delivery and environmental decay. Despite these daunting challenges, Johannesburg is committed to reaching global AIDS targets, having endorsed the Paris Declaration in 2016. Progress towards the 90–90–90 targets is steady: it is currently estimated at 86–70–844. 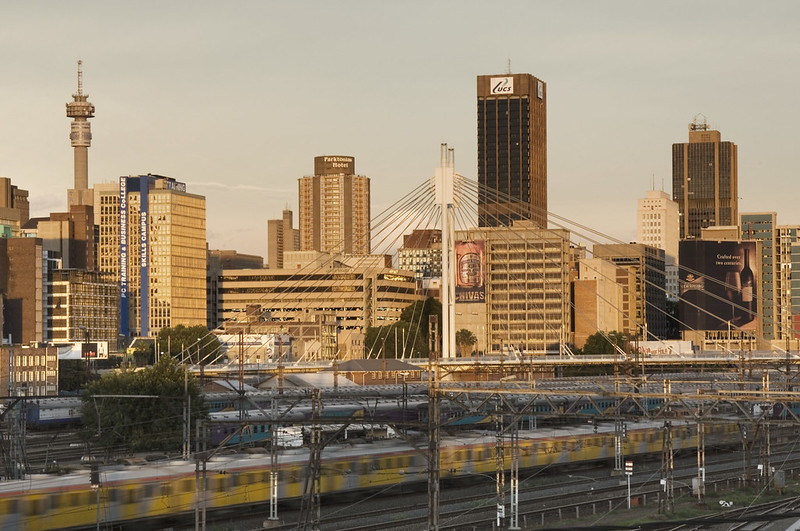 “Not enough attention is given to the fight against HIV and AIDS at a local government level,” says the former Mayor of Johannesburg Herman Mashaba1. “While it is expected for national governments to take the lead on policy, implementation should be the terrain of municipalities. After all, it is municipalities and cities like Johannesburg that are at the coalface of service delivery.”

One way that the mayor and the City of Johannesburg have demonstrated their commitment to the HIV response is by supporting the reestablishment of the Johannesburg AIDS Council (JAC)2. Its purpose is to: (a) coordinate and convene the diverse stakeholders and implementing partners in the city; (b) advocate for and galvanize the HIV response; and (c) provide a platform through which regular feedback and information can be shared.

Partners and stakeholders representing national and local government, multilateral organizations, donors and civil society organizations are engaged in a range of interventions3. These include the following:

■ Establishing and strengthening adolescent- and youth-friendly services in the community and at schools.
■ Providing HIV counselling and testing, treatment, HIV prevention and human rights advice and services for sex workers.
■ Improving access, uptake and adherence to services for TB, sexual and reproductive health and HIV (including PrEP).
■ Strengthening referral and linkage to gender-based violence services.
■ Strengthening psychosocial services for people living with HIV through support groups and enhanced adherence support activities.
■ Strengthening the capacity of leaders and advocates to plan and carry out
community-level activities to promote equitable gender norms, reduce HIV
risk and eliminate gender-based violence.

The Joint UNAIDS–IAPAC Fast-Track cities project supported the appointment of a consultant who drew up the terms of reference for the new JAC, which was established by a resolution of the City of Johannesburg in October 2018. The new JAC is chaired by the mayor and is composed of all members of the mayoral committee (MMCs) and representatives of government departments and 16 civil society organizations4. HIV experts and researchers also sit on the council as ex officio members. The work of this multisectoral body is aligned with that of the provincial and national AIDS councils, and it will implement a city plan based on South Africa’s National Strategic Plan for HIV, TB and STIs 2017–2022.

The establishment of a city technical team and “nerve centre” is already underway, and a capacity-building plan for council members has been drawn up. Progress towards HIV testing and treatment targets are monitored through that central nerve centre, which also contribute to monitoring the overall National Wellness Campaign, which is aimed at putting an additional 2 million people in South Africa on HIV treatment.

The city epidemic profile
The first step in strengthening the Johannesburg HIV response was to understand its different sub-epidemics by location and population, and to identify the HIV services available to them. Thus, while the formalities of establishing the JAC were proceeding, work began on compiling a regional and district profile and collating key population data for Johannesburg. Mapping of partners working with adolescent girls and young women has also been completed.

The city profile is intended to assist in identifying performance and coverage gaps, informing and planning a more efficient and effective response to the epidemic, and monitoring progress. It is an essential tool to strengthen weak areas in the response.

This work has already enabled the identification of four priority regions where HIV prevalence is highest. Unsurprisingly, these are the areas that are home to large informal settlements and/or low-income communities. The exercise also highlighted the need for community-level system strengthening to support and provide services to key populations and adolescent girls and young women.

Data on key populations is currently being used by the JAC and leadership to monitor programme coordination and implementation. The city acknowledges that key populations and adolescent girls and young women are disproportionately affected by HIV, and that a sustainable response will not be achieved without addressing their particular needs. 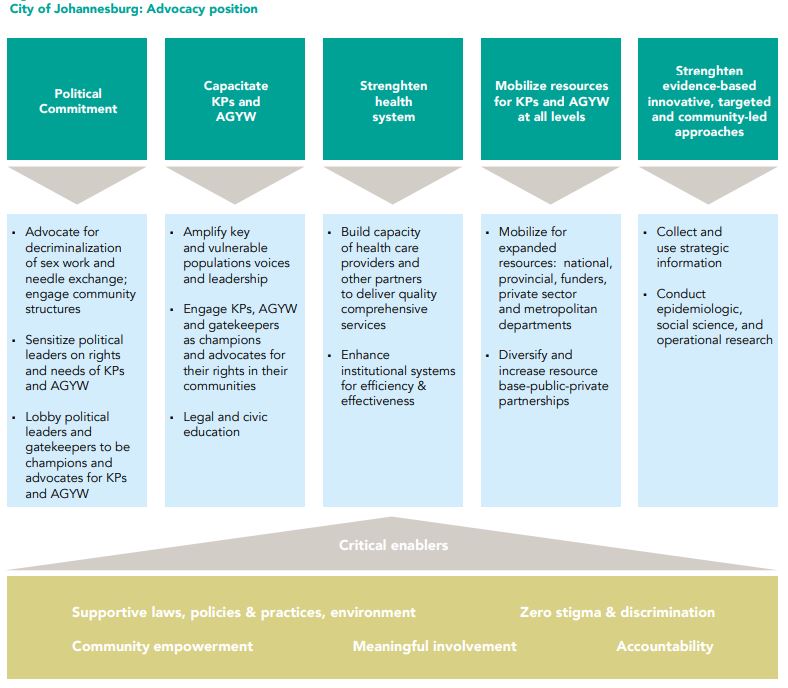 2 The Council was initially established in 2001, but over time it ceased to function.

In Johannesburg, interventions for men and boys are providing welcoming and accessible services and helping to change the behaviours that prevent them from seeking health services and drive new infections among their partners.

There are a number of reasons for these patterns. Entrenched gender norms drive high rates of sexual and gender-based violence against women and girls, in turn driving new HIV infections. These same norms discourage men from engaging with health – including HIV – services. All of these behaviours are grounded in generations of practice and are deeply entrenched and normalized.

Johannesburg is therefore making these issues a focus of Fast-Track Cities activities, and is supporting civil society and community-driven action to help create change. The Takuwani Riime (Stand Up) Foundation runs the Men’s Forum, with 1600 members in Alexandra township alone, who volunteer their time to talk to other men about HIV and violence. There are plans to pilot similar initiatives in other areas of the city.

The Men’s Forum: Working for change

In Alexandra, the Men’s Forum implements behaviour change activities for men and boys to address the social and structural drivers of HIV, other sexually transmitted infections, tuberculosis and sexual and gender-based violence. Its model includes community outreach, activism and advocacy; individual mentoring; and the building of interpersonal skills, including for health (for example, by encouraging exercise and other healthy behaviours among people who use drugs). The Forum mobilizes a wide range of stakeholders – including the police, health promoters, traditional healers, parole officers and counsellors – to spread its messages and increase support for its initiatives.

The Men’s Forum has a weekly radio call-in show, during which anyone can participate in discussions and ask for health advice (including confidentially through WhatsApp), on the township’s longstanding community radio station, Alex FM. The show is broadcast at lunchtime to maximise the reach to men. Alex News, the community newspaper, publicizes Men’s Forum campaigns and helps to communicate key messages.

The Forum also hosts community and small-group conversations about the importance of HIV testing and treatment and the prevention of gender-based violence, including in places where men congregate, such as taverns. Community leaders, counsellors and others participate in “men’s camps” to build their capacity to mentor other men and boys, including by challenging them to look at their own beliefs and behaviours. Some of the participants go on to complete further mentorship training.

Direct campaigns – including the “Welcome back” campaign to encourage men who have stopped HIV treatment to resume it – are conducted in a number of ways, including door-to-door; in hostels; at taxi ranks and malls; and through organizing sports events and talent shows.

The Forum provides practical help to refer men and boys to needed services, including testing and treatment, and accompanies them if needed. It also intervenes in family/relationship disputes to diffuse situations and resolve issues before they require police involvement.

Young people and violence: “Talking is the best method”

Violence is endemic in the city. The Men’s Forum also works in schools to help prevent young and adolescent boys from replicating the violence – including sexual and gender-based violence – they might see at home and in their communities. They give talks at the primary and secondary levels, while a ‘safety team’ helps schools to monitor whether children are bringing weapons to school and provides mentoring for particularly vulnerable boys. Parent talks are also provided to help reduce violence at home and increase support for boys. The response has been very positive and there is considerable demand for these interventions.

Mentoring is also a key part of the Men’s Forum’s outreach to young men, including those who use drugs. These are particularly successful when the mentors are peers, who go out into the community and conduct daily conversations with those who don’t engage with school, health or other structures.

I was born and raised in Alexandra. I have seen a lot of substance abuse, young people losing their way, going to jail. We need a purpose and goals in life, there aren’t many opportunities in Alexandra – things to do instead of drugs. Even the sports facilities are used to buy and sell drugs.

We have plans, but lack resources; we’re doing what we can, with the little that we have. I wear my campaign t-shirt in the community, the street kids see me, we talk about the issues that affect them. We can make a difference through engagement and dialogue.

During the 2021 unrest in Alexandra, the Men’s Forum appealed to Alex FM listeners to refrain from violence and looting. As many of the township’s ART distribution machines were broken, the Forum established a temporary walk-in centre in a container at a shopping centre to ensure people could access their HIV medication and not interrupt treatment. The temporary structure was a success, particularly among men, as it reduced waiting times at clinics and enabled men to visit when they wanted. There are hopes that it will be extended. 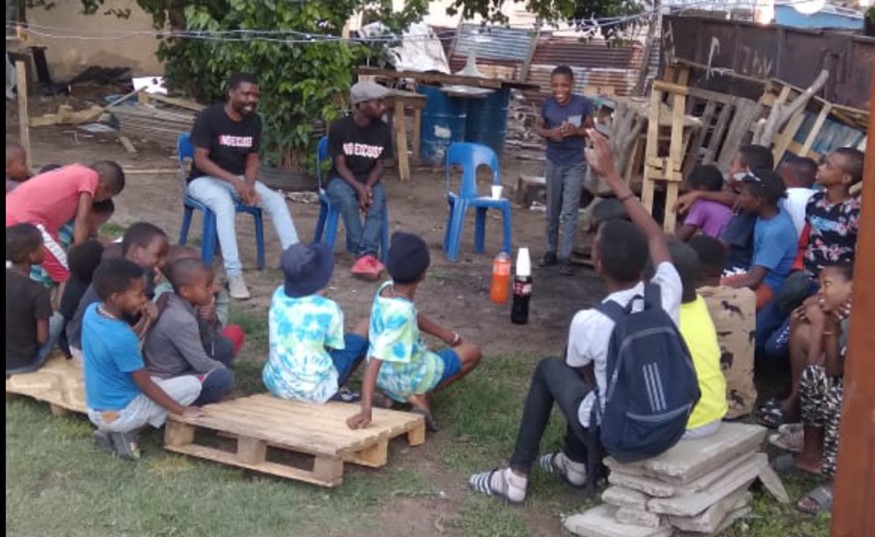 During the COVID-19 lockdown, interactions continued via Alex FM, a dedicated WhatsApp group and social media. The Forum also provided direct support, mobilizing the community through Alex FM and posters. With support from Food for Life, it coordinated donations of food and clothing and distributed parcels to an estimated 1600 families in need. Men’s Forum members also patrolled in the community; distributed health pamphlets about the pandemic; and organized reading clubs for young children to promote literacy.

In December 2021, the Men’s Forum and partners – including NGOs Father a Nation and Lifeline – and with private-sector financing launched a gender-based violence walk-in support centre at the Nobuhle Men’s Hostel in Alexandra. The centre provides confidential counselling and support to both men and women in crisis, including referrals to health, social and other relevant services via WhatsApp and a dedicated helpline.

City of Johannesburg Profile on the HIV epidemic trends 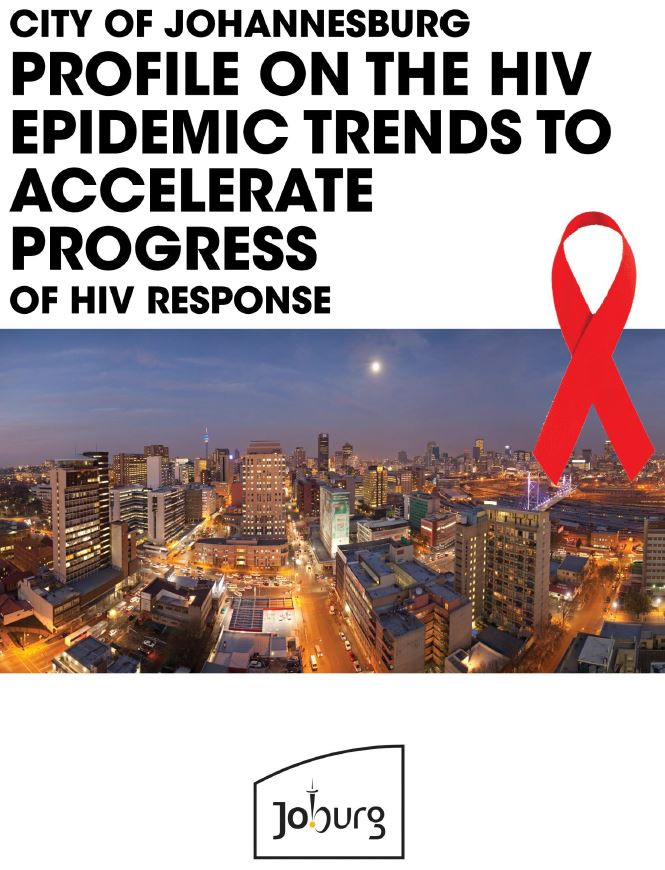