In the municipality of eThekwini, KwaZulu-Natal province, the Mayor’s office is leveraging the success of the Inanda project for young people to improve services and boost local ownership of, and commitment to, the HIV response.

In April 2021, the National Association of Child [and Youth] Care Workers (NACCW) began implementing a new project in Inanda, one of the largest townships in eThekwini. The community-based “Inanda” project focused on young people between the ages of 10 and 35, aiming to improve the uptake of HIV and related services. These include prevention (such as voluntary male medical circumcision and sexual and reproductive health services) and testing and treatment services for HIV, tuberculosis and sexually transmitted infections. It also aimed to improve retention in treatment, bring young people who had dropped out of the system back into care, and mobilize communities. 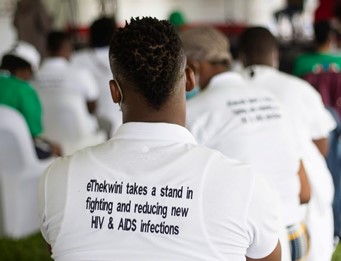 The province of KwaZulu-Natal has South Africa’s highest burden of HIV – and eThekwini Municipality is home to 60% of that burden. While the HIV response in the city is not short of partners and resources – with the Global Fund and PEPFAR playing a leading role – coordination between partners can be complicated, and gaps remain. Inanda township is one of eThekwini’s most densely populated districts, and hosts a number of epidemic hotspots.

The Inanda project drove change through demand-generation activities and anti-stigma work, engaging young people through their peers and working with community leaders to reduce HIV-related stigma. By the end of the project in September 2021, 2,900 young people aged 10-35 years had been reached with HIV services, including counselling, testing, treatment initiation and retention in care. This was achieved thanks to 20 child and youth care workers who provided services in five clinics in ten wards, including testing 2,200 people for HIV. Nearly 100 community leaders were trained and supported to promote HIV and tuberculosis counselling, screening, treatment initiation and retention in care, and over 2,700 community members were reached with anti-stigma messages on HIV, tuberculosis and COVID-19. More than 80 young people were mobilized to support and motivate their peers through action groups (youth forums). In addition, 180 young people who were no longer receiving treatment were brought back into care.

The project also built strong and lasting partnerships, meaning that its impacts and work will outlive it. Ongoing collaboration between partners and community leaders is helping to ensure continuity of services. The NACCW partnered with the South African Human Rights Commission (SAHRC) and the Durban Lesbian and Gay Community and Health Centre to support capacity strengthening for community members. The youth forums created through the project continue to be active in their communities. As a result, the project is having a catalytic effect, and partners are continuing work to improve services for young people and boost initiation and retention in care. 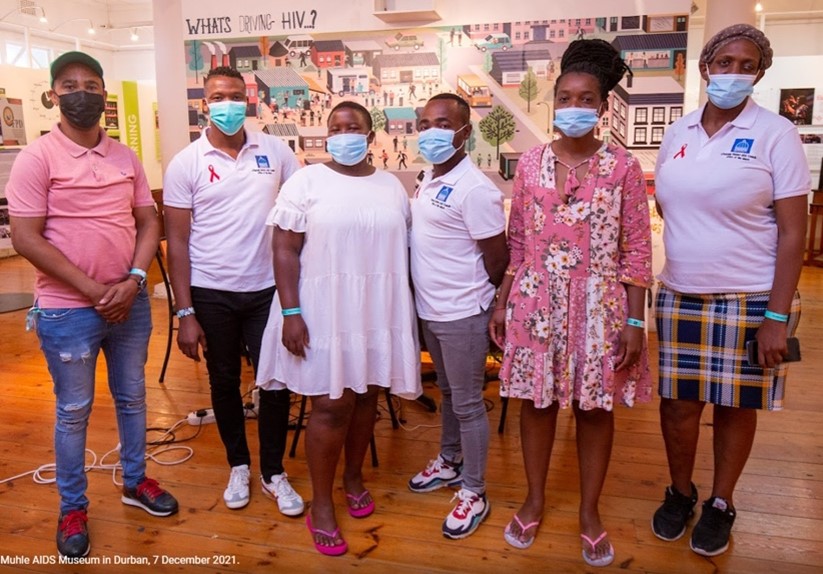 eThekwini’s Mayor and his Office were closely involved in the conceptualization of the Inanda project and provided close monitoring throughout its implementation. Working group meetings involving the Mayor’s Office and project implementers are now further strengthening the office’s ability to provide project oversight and reporting, bolstering partnerships, and improving coordination. Mayor Mxolisi Kaunda and his office are leading the city’s HIV response, and building local ownership of both domestically and internationally funded programming.

In October 2021, the Mayor launched an initiative to reduce the rate of new HIV infections among young people through an “HIV/AIDS, Tuberculosis and STI Behavioral Campaign Programme”.[1] The city was the first in the province to adopt the programme, led by KwaZulu Natal’s Premier. The programme responds to an alarming increase in new HIV infections, particularly among adolescent girls and young women and particularly among adolescents aged 13 to 19 in the Cato Manor township.[2] It also aims to help people get back into treatment, as many people discontinued treatment during the COVID-19 pandemic out of fear of visiting clinics and hospitals to collect their HIV medication. During the launch, the Mayor pleaded with young people to make use of health facilities to protect themselves and get tested, and encouraged those living with HIV to start treatment.[3] The programme is also one of the ways in which the municipality is accelerating the provision of post-exposure prophylaxis in all health facilities, as well as in the Thuthuzela Centres which provide support for rape survivors.[4] 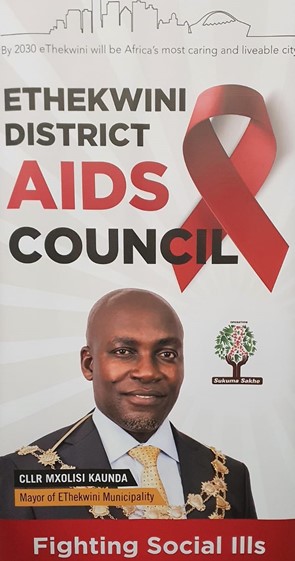 In his World AIDS Day speech on 1 December 2021, the Mayor emphasized eThekwini’s continuing efforts to address challenges worsened by COVID-19. Such efforts include the deployment of Community Health Workers to raise awareness and offer HIV testing services in all health care facilities, at community events and in hotspots. The Mayor also highlighted the city’s other internationally funded campaigns, including PEPFAR’s DREAMS project for adolescent girls and young women, launched in the city in April 2021,[5] and the MINA. For Men. For Health. project. The latter focuses on men, encouraging them to pay attention to their health and well-being, make use of health care facilities and engage with HIV care and treatment initiation and retention. [6] The Fast-Track Cities project and other measures, together with the commitment of the Mayor, can help control the HIV epidemic in eThekwini, and contribute significantly to the goal of ending AIDS as a public health threat in South Africa by 2030.