The City of Kigali is the capital and largest city of Rwanda, with about 1.1 million residents. It has a generalized HIV epidemic with an HIV prevalence of 6.3%, which is more than twice the national adult prevalence of 2.5%.

Kigali is home to a quarter of the country’s people living with HIV: there are an estimated 220 000 people living with HIV in Rwanda, and 57 600 of them reside in Kigali. Factors that increase vulnerability to HIV in the city include a highly mobile population, poverty and growing informal settlements. Key populations, in particular female sex workers, and adolescent girls and young women are particularly vulnerable.

Kigali city authorities have long demonstrated their commitment to addressing the challenges of the HIV epidemic, and they reaffirmed this commitment in 2015 by endorsing the Paris Declaration. Kigali has made good progress in accelerating the city HIV response, and it is one of the first African cities to almost reach global treatment targets: its progress towards the 90–90–90 targets currently stands at 91–94–89 1. 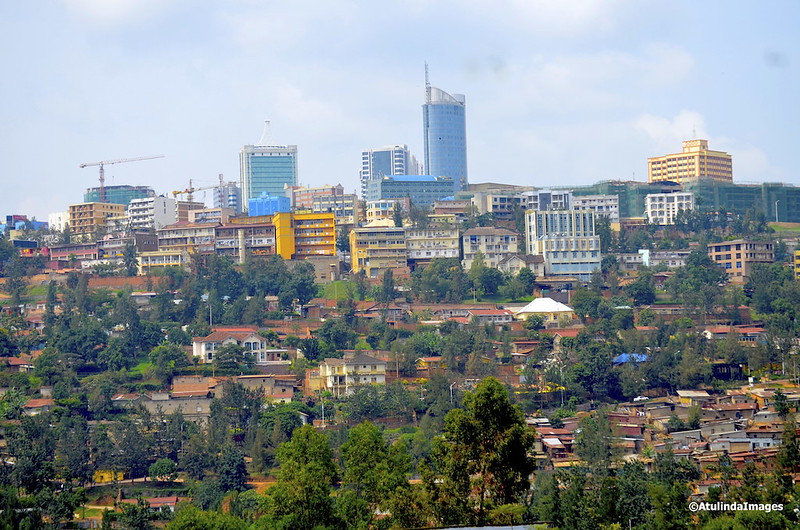 One plan, many partners

A coordinated response
The key to Kigali’s success is the existence of its five-year HIV plan: the City of Kigali HIV Strategic Plan (2018–2023). In the words of the plan, “a coordinated response remains one of the grand challenges facing policymakers today. Effective coordination facilitates the pooling of efforts of many actors for greatest synergy”1. The goal of the plan is to reduce HIV incidence rates in Kigali, and this is supported by four main pillars:

(1) increasing the percentage of people living with HIV who know their HIV status;

(3) increasing condom use; and

(4) reducing the transmission of HIV from mother-to- child.

The plan has received high-level support from both the mayor of Kigali and the mayors of the three Kigali districts. The vice-mayor (Social Affairs) presided over a dissemination event in September 2018, which was organized by the City of Kigali in collaboration with the HIV/AIDS Division of the Rwanda Biomedical Centre, the United Nations Children’s Fund (UNICEF) Rwanda, UNAIDS and other partners2. Support for the HIV response in Kigali has also been provided by several United Nations (UN) organizations, including UNICEF, the United Nations Population Fund (UNFPA), the World Health Organization (WHO) and UNAIDS. For example, through the UN Joint Team on AIDS, WHO has supported the Rwanda Biomedical Centre to revise and update HIV and STI guidelines and build the capacity of health-care workers, while UNFPA is working with partners to increase access to sexual and reproductive health services3.

Partners working in the field of human rights also are fully engaged. In November 2018, a group of 70 participants attended a high-level advocacy meeting opened by the Minister of Health that addressed linkages between human rights, HIV and the prevention of gender-based violence. They included representatives of the Rwandan judiciary, law enforcement officers, health practitioners, civil society organizations and development partners. Together, the participants developed an action plan for judiciary and law enforcement officers4.

In May 2019, faith-based organizations were mobilized to highlight their role in the implementation of the City of Kigali HIV Strategic Plan, with a focus on their contribution towards the attainment of the 90–90–90 targets. Forty religious leaders from the three districts of Kigali committed to supporting efforts to address HIV; they then followed this commitment by developing an action plan to use their platforms to disseminate evidence on preventing HIV and gender-based violence and to promote retention in care for those living with HIV5 .

Focused HIV prevention
The City of Kigali HIV Strategic Plan identifies bottlenecks and challenges and proposes solutions to reduce HIV prevalence and expand access to treatment and care. It aims to support the city in reaching the 95–95–95 targets by 2030. Special emphasis will be placed on reducing HIV infections among adolescents; focused interventions are described in specific district operational plans for adolescent HIV and sexual reproductive health. The plan includes a significant focus on female sex workers. A 2015 survey showed that 55% of female sex workers in Kigali were HIV-positive (the national prevalence of HIV among sex workers is 46%); half had no information about HIV6 . Kigali is committed to meeting this challenge. “The only way to achieve [Kigali’s target] is to approach sex workers and have deep discussions with them,” said the vice-mayor of Kigali7 .

City of Kigali authorities have already produced maps of hotspots where sex workers are most frequently found, and they have built kiosks in these areas to dispense condoms 24 hours a day. In the first year of operation, four kiosks distributed more than half a million condoms 1. 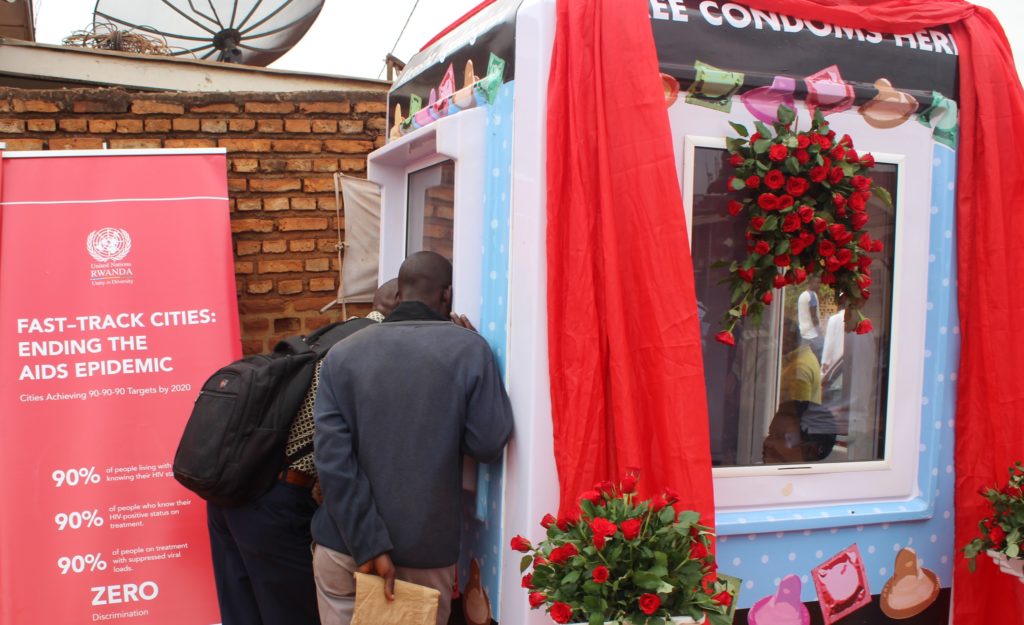 Reportage of CGTN channel on the International Conference on AIDS and STIs (ICASA) that took place in Kigali from 2-7 December 2019.