Madrid is Spain’s capital and largest city, with a population of more than 6.5 million in its metropolitan area. Spain’s health system offers free health care to all residents. There are around 150 000 people living with HIV in Spain; of these, 130 000 are on treatment1.

There are more than 1000 new HIV infections in Madrid each year, and around 40% of people living with HIV have delayed diagnosis (a CD4 count of <350 mm3). The city’s epidemic is concentrated among key populations, particularly gay men and other men who have sex with men, who accounted for 70% of new infections in 2017. Heterosexual transmission accounted for a further 26% of new infections, with injecting drug use representing the remaining 4%. Madrid has made progress in its AIDS response: AIDS cases have declined significantly in recent years, from 374 in 2010 to 141 in 20152.

In an IAPAC survey on the quality of life of people living with HIV, 87% of Madrid respondents reported that they were consistently on antiretroviral therapy, although only 30% rated their health to be “very good” over the past 12 months. Only one third were satisfied with the quality of their HIV care and 43% were satisfied with their quality of life. Many had experienced stigma from their community (38%), although only 18% felt stigmatized by their health-care facility3.

The mayor of Madrid signed the Paris Declaration in December 2016. Since then, there has been more collaboration between stakeholders working on the Fast-Track city response, with the active participation of civil society organizations. The objective of Madrid’s Fast-Track road map for the first year was to develop strategies to strengthen the first 90 and reduce HIV-related stigma. Key activities in the road map include strengthening strategic information on testing and treatment targets, stakeholder mapping, research and communications. 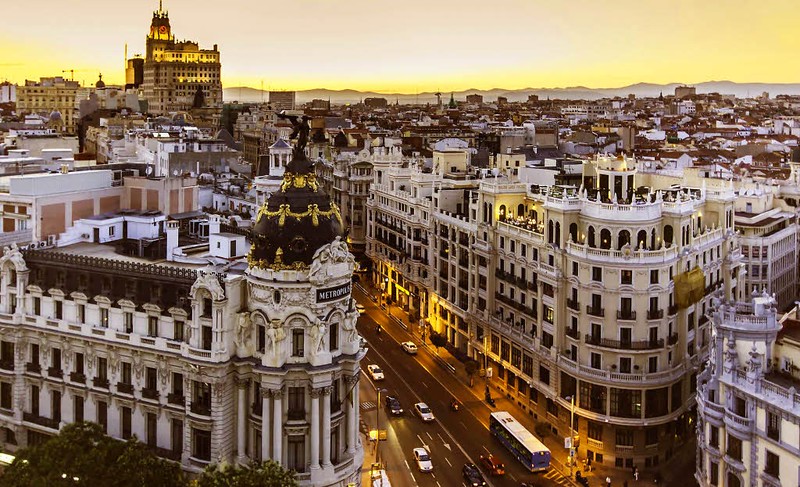 Civil society has been a driving force for the development of the Fast-Track road map through Apoyo Positivo, Madrid’s leading support group for people living with HIV. The organization has participated in the official Fast-Track city working group, and it leads communication activities for promoting the city’s response through articles, blogs, conference presentations, community events and campaigns. The organization has also played an important role in mobilizing the Madrid Council to coordinate resources, and it is working with other organizations to strengthen the collection, analysis and use of strategic information and stakeholder mapping.

Apoyo Positivo’s unique strength lies in its ability to mobilize the community to support action towards reaching the Fast-Track targets. It has led a number of successful community education campaigns, such as Touchdown, a campaign with the Spanish lesbian, gay, bisexual, transgender and intersex (LGBTI) rugby team, which introduced the 90–90–90 targets and other tools to explain and implement activities related to the Paris Declaration. The organization has also developed the Sex, Drugs and You programme, which implements an integral response to chemsex (which refers to the use of potent substances, drugs and sex apps by gay men and other men who have sex with men before or during sex and is associated with increased HIV risk) in collaboration with the public health care system. This has been integrated into the strategic plan.

Importantly, Apoyo Positivo has campaigned to raise awareness around the scientific evidence that people with viral suppression cannot transmit HIV (U=U). This evidence has not been well understood in the city by clinicians or the community. The organization’s online Undetectables media campaign informs the public about U = U through drama, humour and realistic role models. Apoyo Positivo reaches more than 20 000 people a year through its community centre, Casa, which provides HIV prevention, testing and treatment adherence services. Apoyo Positivo also provides a wide range of sexual health, mental health and social services, and it has worked consistently and in different ways to tackle HIV-related stigma. Its unique position in the city has strengthened the enabling environment for the HIV response in Madrid. 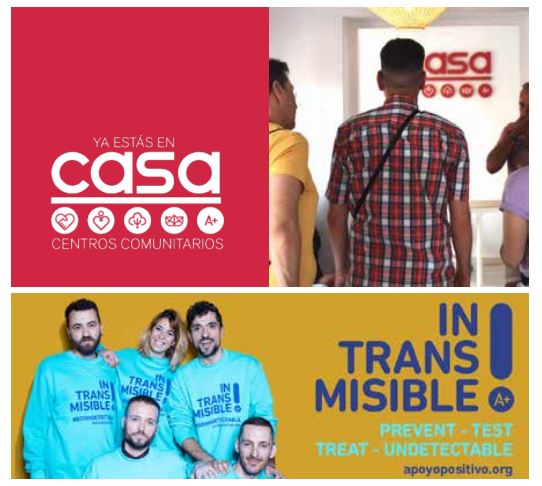 Source of the image: Campaigns and Casa, Apoyo positive campaign. Madrid. 2019
Publication - CITIES ON THE ROAD TO SUCCESS - Good practices in the Fast-Track cities initiative to end AIDS Download
SHARE