New York City is the most populous city in the United States, with more than 8.3 million residents. As of December 2017, there were an estimated 90 500 people living with HIV in the city, and 2160 people were newly diagnosed with HIV in 20171. Nearly 60% of new HIV diagnoses in 2017 were among gay men and other  men who have sex with men. 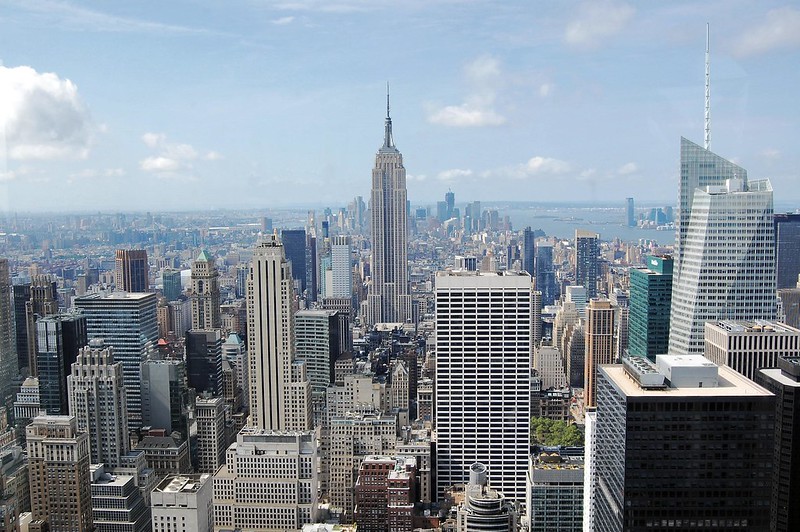 New York City is now one of the few cities in reach of the global treatment targets, at 93–86–931.

The city’s success is due in large part to collaborative and evidence-informed efforts between city health authorities, civil society organizations and health-care providers. This strategy was formalized in 2014, when the State of New York announced its plan to end the AIDS epidemic by 20202. The state’s three-point plan is focused on: (1) identifying people with HIV and linking them to care; (2) retaining people diagnosed with HIV in care to achieve and maintain viral suppression; and (3) facilitating access to both PEP and PrEP3 .

The New York City Health Department has also pioneered a new paradigm to strengthen HIV programming: the HIV Status Neutral Prevention and Treatment Cycle. This cycle—which links treatment and prevention in an approach that normalizes both treatment and prevention services and aims to destigmatize both—outlines steps that can lead to an undetectable viral load or to effective prevention, showing options for both HIV-positive and HIV-negative people to keep themselves and their partners healthy4 .

As with the traditional care continuum, the first step in the Status Neutral Prevention and Treatment Cycle is HIV testing: its goal is ensuring that all New Yorkers know their HIV status. Once the result of the test is known, the cycle proposes one of two paths that will ultimately result in engagement in clinical care: people who test negative can take steps to prevent HIV, including taking PrEP and using condoms, while people who test positive can take steps to protect their health, including starting and staying on treatment to achieve and maintain viral suppression. This, in turn, should lead to a normal healthy life with effectively no risk of transmitting HIV. 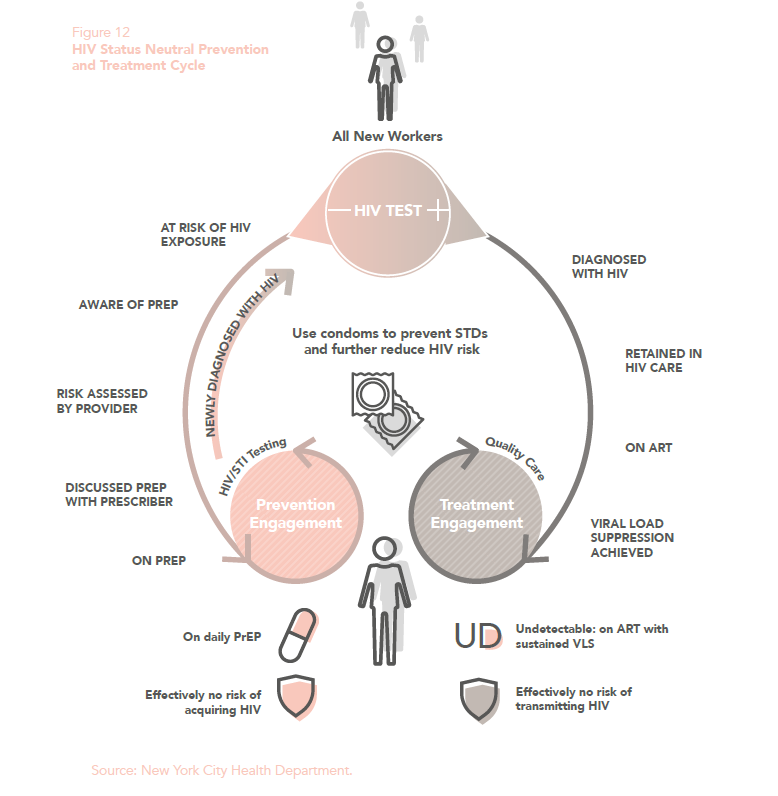 Central to New York City’s approach to HIV prevention is providing and promoting high-quality care for its residents. This includes transforming and rebranding the city’s eight STI clinics into welcoming, culturally competent sexual health clinics, and promoting the citywide PlaySure network of testing sites, community-based organizations and clinics. This network provides tailored approaches to sexual health and HIV services that include PrEP, PEP Centers of Excellence, a 24-hour PEP hotline and adolescent-friendly clinics. Additionally, the city’s sexual health campaigns are designed to increase awareness and uptake of services; they include messaging tailored to reach New York City’s diverse priority populations. Optimal treatment for people living with HIV includes linking newly diagnosed people to services where they are immediately initiated onto antiretroviral therapy. The Undetectables campaign provides user-friendly support for people living with HIV via web-based materials and social media, and it promotes the evidence that U = U.

The concerted efforts of New York City stakeholders have had positive results. The city is diagnosing HIV infections earlier, and new diagnoses are rapidly declining (Figure 13). This innovative approach is ensuring that New York City is on track to meet its 2030 targets, and it provides a model for other countries. 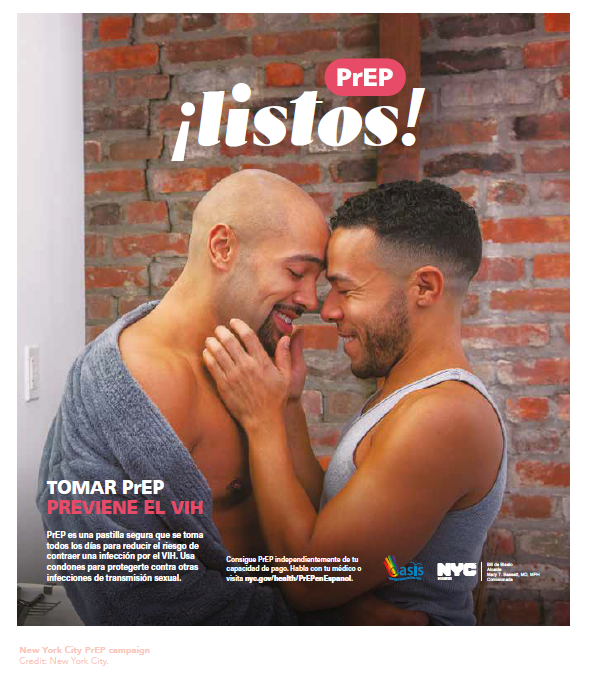 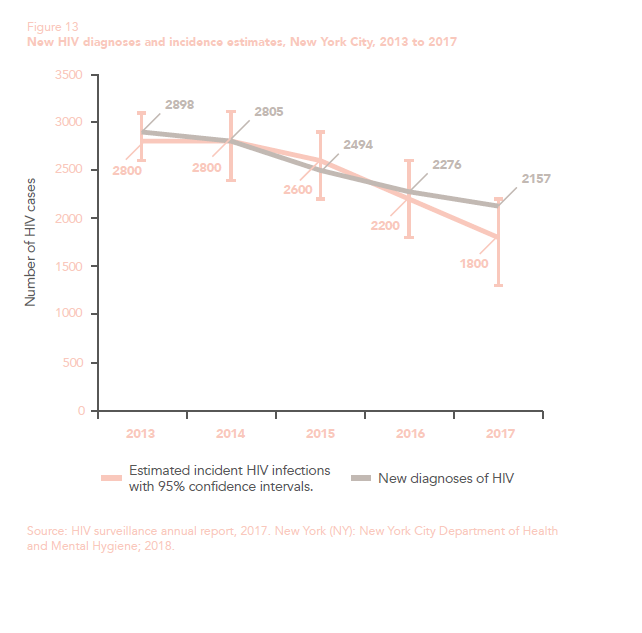